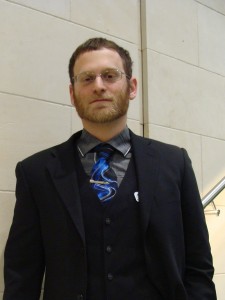 Anthony Hessel is the Chair of the Western Region for NAGPS. He earned a BS in biology at Allegheny College, PA in 2012. His MS was completed at Northern Arizona University in 2014. He is currently a Biology PhD Candidate at Northern Arizona University. Anthony has been an advocate for higher education for several years. At the federal level, he has served as the Graduate and Profession Students Chair of the United States Students’ Association (USSA). At the state level, he has served as the Graduate affairs director of the Arizona Students Association (ASA), the Vice Chair of the Arizona Students’ Association (ASA). At the local level, he currently is the Vice President of External Affairs for the Northern Arizona University Graduate Student Government (NAU GSG). In his various roles, he has lobbied administrators and State/Federal legislatures, which include trips to the White House, Congress, the Board of Education, and NSF. He has help draft legislation at the state and federal level. He hopes to continue this work within NAGPS by stimulating the growth of Graduate Government Power in the Western United States. He is actively seeking talented and motivated individuals to work with the Western Regional Board, so please do not hesitate to send him an Email and jump on the next board call!