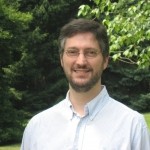 Adam P. Fagen, Ph.D., is executive director of the Genetics Society of America (GSA), serving as chief executive officer for an independent non-profit membership organization with more than 5,000 members throughout the United States and around the world. In this role, Dr. Fagen provides strategic leadership for all society activities and works with an elected Board of Directors to set organizational priorities and budgets. GSA has a deep commitment to the next generation of researchers and educators, and more than half of the Society’s members are students and postdocs.

He was previously director of public affairs director for the American Society of Plant Biologists, where he led the society’s activities in Congressional and government relations, education, communications, and outreach. Prior to assuming that role, he was senior program officer with the Board on Life Sciences at the National Academies where he directed National Research Council studies and meetings on a wide range of topics.  Among the reports he directed were Bridges to Independence: Fostering the Independence of New Investigators in Biomedical Research (2005), Treating Infectious Diseases in a Microbial World (2006), Understanding Interventions that Encourage Minorities to Pursue Research Careers (2007), Inspired by Biology: From Molecules to Materials to Machines (2008), Transforming Agricultural Education for a Changing World (2009), Responsible Research with Biological Select Agents and Toxins (2009), Research at the Intersection of the Physical and Life Sciences (2010), and the2007, 2008, and 2010 Amendments to the National Academies’ Guidelines for Human Embryonic Stem Cell Research (2007, 2008, 2010).  He also was the responsible staff officer for the National Academies Summer Institute on Undergraduate Education in Biology.

Before coming to the National Academies, Dr. Fagen was preceptor on molecular and cellular biology at Harvard University.  He earned his Ph.D. in molecular biology and education from Harvard, working on issues related to undergraduate science courses; his research focused on mechanisms for assessing and enhancing introductory science courses in biology and physics to encourage student learning and conceptual understanding, including studies of active learning, classroom demonstrations, and student understanding of genetics vocabulary.  He also received an A.M. in molecular and cellular biology from Harvard, based on laboratory research in molecular evolutionary genetics, and a B.A. from Swarthmore College with a double-major in biology and mathematics.  Dr. Fagen was a National Science Foundation Graduate Research Fellow and Graduate Teaching Fellow in K-12 Teaching.

Dr. Fagen served as co-director of the 2000 National Doctoral Program Survey, an on-line assessment of doctoral programs organized by the National Association of Graduate-Professional Students (NAGPS), supported by the Alfred P. Sloan Foundation, and completed by over 32,000 students.  He was honored with two NAGPS President’s Awards and the NAGPS Lifetime Achievement Award.